A Tribute to the Indian Soldier

GUARANTOR OF THE IDEA OF INDIA: The Indian soldier is the epitome of courage and unflinching devotion to duty. He is scrupulously honest, truly secular and completely apolitical. With an ethos of hard work, simple needs and frugal habits, more than any other group or community in the country, the soldier embodies and represents the idea of India. Loved and respected by his countrymen, the Indian soldier is a role model for the people of India.

In hail, sleet and snow, in icy blizzards and pouring rain, he stands sentinel over the nation’s borders in the high Himalayas. He maintains a silent and lonely vigil along the Line of Control (LoC) in Jammu and Kashmir J&K). He has held the Saltoro Ridgeline west of the Siachen Glacier, the highest battlefield in the world, with unflinching determination for over 30 years and denied the adversary the opportunity to alter the Actual Ground Position Line (AGPL). He has repeatedly shown his mettle while meeting the Chinese challenge along the Line of Actual Control! (LAC) with Tibet.

From the snow-clad and wind-swept mountains of the Himalayas in the north, to the steaming hot and humid jungles of the seven sisters in the north-east and the shimmering sands of the burning Thar Desert in the west, he never lowers his guard. Along the LoC, he braves daily spells of intermittent small arms and mortar fire from a wily enemy. Sometimes he lives through many days of heavy artillery shelling when the very earth around him shakes ominously. Despite the omnipresent danger, hardships and privations of life on the nation’s troubled frontiers, he stands tall and firm. Stoic and resolute in the face of adversity, his courage never wavers, his spirit never flags.

Guardian of the frontiers

The Indian soldier stopped the rape of Baramulla by Pakistani Razakars in 1947 and saved Srinagar from a similar Tate. He took tanks to the 12,000 feet high Zoji La pass in 1948 to push back Pakistani invaders. He fought off the Chinese despite being ill-clad for a winter in the high Himalayas and despite being armed with World War II vintage .303 rifles. In a battle that has gone down in military history as the ultimate example of courage under fire, he fought to the last man and last round at Rezang La, near Chushul in Ladakh, in 1962. Though he was heavily outnumbered and surrounded, he stood last against the Chinese at Walong.

He smashed Pakistan’s Patton tanks at Asal Uttar in 1965 with obsolete recoilless rifles. He stormed the invincible citadel at Haji Pir pass on the Pir Panjal range. At Nathu La in 1967 and at Wangdung in 1986, the glint of his bayonet made the Chinese blink. In 1971, he raced across the Sunderbans to berate Bangladesh and gave back to the oppressed Bengali people their freedom and their dreams. Standing shoulder-to-shoulder with him, his naval mates sank the Ghazi and left Karachi burning.
His air force brothers flew rings around Pakistan’s Sabres and Starfighters (gifted by America) with their tiny Gnats.

In 1999, his indomitable courage in the face Of daunting odds and steadfast devotion to duty triumphed over Pakistan’s regular soldiers entrenched on the mountain tops on the Indian side of the LoC in Kargil district of J&K. As the world watched in awe, he manned his guns unflinchingly under the very nose of the enemy and, Tiring in the pistol-gun direct fire role, he blew every bunker on Tiger Hill and half a dozen other mountain tops to smithereens. He took back every mountain inches unparalleled valour in the face of withering Tire inflicted another crushing defeat on the perfidious enemy.

The Indian soldier’s role in nation building has been truly outstanding. He spearheaded the effort to integrate Junagadh (1947), Hyderabad (Operation Polo, 1948), Goa (Operation Vijay, 1961) and Sikkim (1975) with the Indian Union. He participated in the military interventions in the Maldives and Sri Lanka at the behest of the governments of these countries and was ready to do so in Mauritius. He helped to evacuate beleaguered Indian citizens from the war Zones in Iraq (2003), Lebanon (2006), Egypt, Libya and Yemen (2011), Ukraine and Syria – Iraq (2014) and Yemen (2015).

For many decades in the northeast and since 1989-90 in J&K, he has fought insurgents and mercenary terrorists unleashed by the country’s enemies to destabilise India. He has been ambushed, fired upon with machine guns, made the target of land-mines and IEDs and has been tortured and killed in cold blood by ruthless Islamist fundamentalists sent to wage a war through terror on India, but has never wilted. He has quelled communal and political riots and police revolts. In all the internal security challenges confronting India, he has never struck back in anger even in the face of the gravest provocations. In fact, while fighting with one hand tied behind his back, he has given a new meaning to the term ‘use of minimum force’.

He is called out regularly for flood relief all over the country. He has removed bodies buried under the rubble of earthquakes at Latur and Dharchula and landslides at Kedar Nath and other places in the Kumaon Hills. He coped with determination in the aftermath of the South East Asian Tsunami In December 2004. He has risked his life in cyclonic storms in Orissa and Andhra Pradesh to bring succour to his suffering countrymen. He has often provided essential services during strikes. He has taken medical aid to remote corners of the country. He has braved epidemics and plagues. He has quelled communal disturbances and riots. He has participated in peace-keeping operations and earned the gratitude of beleaguered people from Korea to the Congo, from Kampuchea to Bosnia-Herzegovina across four continents — Africa, Asia, Europe and South America. He has brought laurels to the country in the field of sport and often won most of India’s medals in the Olympic and the Commonwealth Games.

Belonging to Hindu, Muslim, Sikh, Christian and many other faiths, he prays, eats, lives, plays and fights for India together with his brothers in uniform. He is secular In a positive manner. He not only tolerates other religions but also participates in their rituals and observes their customs and gets immense joy from celebrating their festivals. He has evolved the concept of a dharmasthal where the idols of Hindu Gods and Goddesses are installed side by side with the Guru Granth Sahib and a statue of Lord Jesus Christ and soldiers of all religions pray together. On Dussehra, all soldiers participate with folded hands and bowed heads in Shastra Pooja regardless of their religion.

In many remote corners of the country, he Is the flag bearer. He represents the government of India. Whenever he goes on leave to his village and when he finally retires, he carries the message of nationhood and a disciplined way of life to all corners of the country. He has probably done more to knit India together than all the pompous politicians with their pseudo national integration programmes.

Often reviled, mostly ignored, sometimes venerated by the government of the day, he has taken it all in his stride. He has never complained. He has stood by the nation through thick and thin. He has held the nation together for seven turbulent decades. In the cesspool of filth, squalor and corruption in public life, he alone stands apart like a shining lotus. His life is one of honour, glory and sacrifice — of life and limb. His blood has hallowed the nation’s battlefields.

For our tomorrow, he willingly, selflessly, unpretentiously, gives his today, but asks Tor nothing in return. Apolitical by nature, he knows he will get nothing from uncaring politicians and scheming civil servants. If he frets about anything at all, it is about the national leadership’s callousness in falling to erect a befitting war memorial to commemorate the supreme sacrifice made by his fallen comrades. He is troubled that his brothers-in-arms lay down their lives “unwept, unhonoured and unsung”. But, even here he draws comfort from the knowledge: “On tame’s eternal camping ground, their silent tents are spread; and, glory guards with solemn round, the bivouac of the dead.

He has truly lived up to Lord Krishna’s exhortation: “Reward is not thy concern”. For him, duty is the most supreme religion — the only one he professes (Seva Parmo Dharma).

The Indian soldier gives so much, gets so little in return, and yet serves with a smile. He Is the quintessential Indian who has knit India together. if there is some truth in the phrase “kuchh baat nai jo hasti mit-ti nahin hamari” (there is something about us that we cannot be destroyed), It is because of his indomitable courage and his immeasurable Sacrifices. 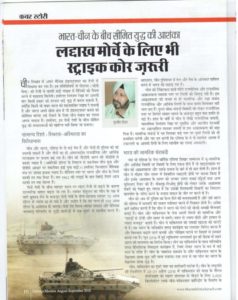 While a strategic defence review is yet to be conducted, the CMP won't ruffle any feathers, which augurs well for a national political consensus on major foreign policy and security issues. The UPA promises to make the National Security Council a "Professional and effective institution" and has... 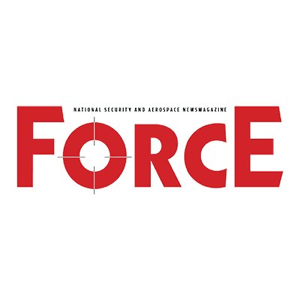 If future responses to terrorist attacks lead to conflict, is India prepared? The short answer is that the state of defence preparedness merits the government's urgent attention. The budgetary allocations earmarked on the capital account for the modernisation of the armed forces will continue to be...