"The crisp order was answered by an AK4/ burst from the militant in the co-driver's seat, in the general direction of the voice. One of the militants in the body of the tipper also fired a few swift bursts."Number 2 Section, Fire, the Major ordered and, taking careful aim at the Codriver, he led the fire assault with a Durst from his own AK-47. As the door opened the: blood-spattered body of the militant fell to the road. The dead included a district commander ana an area commander of ikhween UI Muslimen group, both PTMs of the five captured militants, one was a PTM and four were LTMs. The driver was innocent and was released the next morning.

lt was a perfect summer night. A low moon cast eerie shadows as a mellow breeze softly rustled the leaves of the apple trees in the orchard. The ambDushcum road-block, established by a platoon from afield regiment, nad already Deen In place for almost two hours. The operation was based on the information that the militants occasionally used the road from Pampore, on the national highway, to travel to Ladu village in the early part of the night. They invariably commandeered the services of passing ‘tippers’ (trucks with tilt-back bodies, used for ferrying stones from quarries).

Six passing tippers had been stopped and searched already; but, without luck. The drivers and the passengers had been examined and they nad Deen found to be innocent civilians returning home for the night after a hard day’s labour.

They naa peen herded together at one place and their tippers had been parked in a concealed depression. A young Captain had politely explained to them that they would have to be detained for a short while till the operation was called off.

Although not militants themselves, if they nad Deen allowed to go, they would not have hesitated to inform other tippers drivers about the ambush ahead.

The ambush site had been carefully selected along a bend in the road, dominated by high ground. Tne ambush was tactically sited on one side of the road with a section dominating the block at the road-bend, a section each approximately fifty meters away on either side and stops at both ends. A fourth section was In reserve and was also engaged in keeping a watch over the drivers and the passengers who had been detained. Each section comprised seven to eight men with one LMG. Section Commanders were JCOs equipped with AK-4/7 assault rifles.

The Captain walked up to the battery commander in charge of the operation. “Its 2145 hours already, Sir. In another 15 minutes well have to start winding up. It appears that another effort has gone waste, said. We must Nave patience, said the Major. “Even if we do not catch a militant, were dominating the area and frustrating their designs. Eventually, they ll get fed up and start giving up. “Just then headlights appeared at a distance in the direction of Pampore. The sections were alerted and the men took up positions once again.

safety catches were once again slipped to a single shot. A round each was already in the chamber. As the adrenalin raced once again, the feel of cold steel in one’s hands was comforting, reassuring. The two officers and the section commanders removed their primed grenades from the pouches and placed them suitably within easy reach.

As the tipper came around the bend, the passengers in the body could be heard talking. The driver saw the obstruction on the road and applied the brakes hard. The looks of surprise on the driver’s and the co-drivers faces were clearly discernible in the dim cabin light. The Major’s voice rang out (in Hindustani), “You have been surrounded on all sides. Switch off the engine, raise your arms and come down one by one, starting with the co-driver. “The crisp order was answered by an AK4/ burst from the militant in the co-driver’s seat, in the general direction of the voice. One of the militants in the body of the tipper also fired a few swift bursts.

“Number 2 Section, Fire, the Major ordered and, taking careful aim at the Codriver, he led the fire assault with a Durst from his own AK-47. Staccato bursts from one LMG, some AK-4/’S and Nnalf a dozen SLRs rent the air for a few minutes.

One more passenger had joined the melee with Nis AK-56.

One passenger was seen to fall overboard and a fie still on the road. “Stop, ordered the Major. There was silence and the acrid smell of gun powder in the air. The sound of bursts of fire reverberated in the ears. ‘sir, please do not shoot us. We surrender, The plaintive appeal was made by a militant from the body of the tipper. “How many are you?” asked the Major. “Five, came the answer. “Me, too,” said, the driver who had miraculously escaped unhurt. [he militant in the co-drivers seat was silent. One lay sprawled on the road, quite still. [nat made eight.

“All right,” said the Major. “Stand up with your hands raised. Leave your guns inside the tipper. They stood up. Now jump down from the back, one Dy one.” They did so and were followed by the driver who informed the major that the other person in the cabin was dead. The militants were tola to move 50 meters away from the tipper, keeping their hands raised. The Major, one JCO and one NCO stepped forward to search the tipper. As they reached the edge of the road, the seemingly dead militant lying near the tipper turned on his side and raised his AK 47. One burst from the Major brought his charade and his life to an end. The cabin was approached with abundant caution and the door-latch turned from a crouching position. As the door opened the: blood-spattered body of the militant fell to the road.

The dead included a district commander ana an area commander of ikhween UI Muslimen (IUM) group, both PTMs (Pakistan Trained Militants) of the five captured militants, one was a PTM and four were LTMs (Locally Trained Militants). The driver was innocent and was released the next morning. The weapons cCatcn comprised six AK-47 / AK06 rifles with a fairly large number of magazines and live ammunition and three hand grenades. Not a bad night, work for an artillery platoon.

Meanwhile, the artillery brigade HQ had moved a QRT (Quick Reaction Team) from the nearest field regiment. Tne ambush-cum-road-block was lifted, the detained vehicles released and the captured militants and the dead bodies of their erstwhile colleagues were taken to the unit lines. Police FIR’s, handing over of the bodies and other paperwork formalities were to follow the next day.

The tipper which had been involved in the incident, looked fike a sieve – a piece fit for a museum. lt was incredible that so many militants had emerged from it alive – with only minor injuries. Their good fortune can only be attributed to the remarkable fire control ana the immense restraint exercised by the well-trained Gunners, in the face of grave and extreme provocation.

Some Indian analysts do believe that limited war in the Indian context implies specifically targeted strikes across the LoC to destroy the sanctuaries provided by Pakistan and its army to the so-called mujahideen terrorists, including hot pursuit, so that they are unable to infiltrate and indulge in...

Besides ensuring a nation's territorial integrity and making a substantial contribution to national security, every young nation's army has a major role to play in nation building. For over fifty years since independence, the Indian Army has been in the forefront as the guarantor of the nation's... 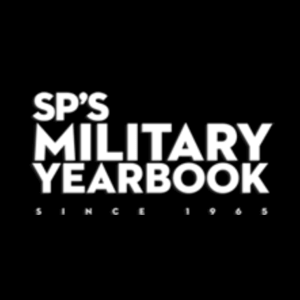 Besides posing practical difficulties, the virtual non-involvement of the armed forces in the country's nuclear weapons programme has undermined the credibility of India's nuclear deterrent and raised doubts about the safety and security of nuclear weapons. The need for ensuring the highest...

The term Cold Start is still being used colloquially, especially in think tanks, and is used to depict India's pro-active offensive operations doctrine in this article. The pre-Operation Parakram doctrine for offensive operations was based primarily on employing the combat potential of India's...