Though every single country has condemned the Uri attack, India will have to keep reminding the world that Pakistan is a terror state. We should not expect much help from America as they will not stop aiding Pakistan even though at a recent Senate Committee meeting in Washington every senator spoke about how Pakistan has always played a duplicitous game with the US and all options to punish Pakistan should be on the table including, stopping aid; cutting off the arms supply; terming it a state sponsoring terror and even bringing in sanctions.

The Pakistani Army and its sidekick the ISI thought we would not react this time when 18 soldiers were killed and several others wounded in a terror strike in Uri by Jaish e Mohammed operatives, with guns, grenades, clothes and rations all with Pakistan’s markings on it. Yet Pakistan is in denial and why should we expect a different reaction?

This is a country that gave North Korea the bomb; harboured Mullah Omar and Osama bin Laden; exports terror with impunity; still harbours the Haqqani network in Quetta; is in league with the Taliban to destabilize Afghanistan – the list is endless—enough to label Pakistan a rogue state.

The world knows it but yet North Korea and Cuba and Sudan are considered terror harbouring states by the US and not Pakistan! In fact, it is because of the US that Pakistan gets away with terror strikes, again and again, even supplying arms and aid to the Taliban who kill US soldiers in Afghanistan. One just wonders what US foreign policy is all about and whether it will change.

For the last 30 years, Pakistan has been using its terror proxies to wage war against India. They have hijacked planes; serial bombed Mumbai in the 1990s; sent huge sums of money to create radical Islam in parts of Kashmir that led to the ethnic cleansing of 400,000 Kashmiri Pandits; attacked the parliament; and were responsible for 26/11 when ten terrorists from Pakistan killed hundreds over three days in Mumbai. The list is endless from creating havoc in Kashmir to arming and encouraging the Khalistan movement. It has cost India dear both in blood and treasure.

As I write this Pakistan sent another 12 groups of militants into Kashmir and we managed to stop them all but lost another soldier.

It almost seems like General Sharif wants a war with India, so he can take over the country. He is about to retire in the next few months and a war would likely help him to declare a state of emergency and take over. The Pakistani public would be all for it.

I am certain the Uri attack was an attempt to embarrass Nawaz Sharif before his address at the UN General Assembly and General Sharif has more aces up his sleeves. If India does not attack then he may even allow his proxies to stage a bigger attack on our country. After the Panama Papers that implicated the Pakistani PMs family of having huge amounts of unaccounted money, Nawaz has been a lame duck prime minister. It seems the Pakistan Army has a game plan and its government has none.

Though every single country has condemned the Uri attack, India will have to keep reminding the world that Pakistan is a terror state. Countries have their own problem and are apt to forget once the fuss is over.

The fact that PM Modi has spoken about the atrocities in Balochistan and PoK has also been an embarrassment for Pakistan.

In addition, the big five, France, Russia, China the UK and the US have all been firmly on India’s side and not even allowed Pakistan to bring up the Kashmir issue. It almost seems as if the world is tired of terror and this time Pakistan went too far.

India is in a position of strength now and the fact that at the UN General Assembly world leaders gather and Uri is very much news will help our case further with the world community.

Having taken the diplomatic route and alerted the world, what more can India do?

“The army and the IAF should ‘hit to hurt’ the Pakistan army on the LoC where it is deployed in large numbers and can be easily reached. For every act of terrorism on Indian Territory for which there is credible evidence pointing to the involvement of the Pakistan army and the ISI, carefully calibrated military strikes must be launched against the Pakistan army. These should include artillery strikes with guns firing in the ‘pistol gun’ mode to destroy bunkers on forward posts with minimum collateral damage; stand-off PGM strikes on brigade and battalion HQ, communications centres, logistics infrastructure, ammunition dumps and key bridges; and raids by Special Forces and border action teams. Every Pakistan post through which infiltration takes place should be reduced to rubble by artillery fire.”

Personally, the Brigadier has made some good points but it would be taken as an act of war by Pakistan and they would retaliate hard but perhaps such actions if planned well can be done covertly as well. It would require Special Forces trained by the best. For this, I would choose Israel. We need commandoes that can strike valuable assets in the deep of the night and slip away.

We also have to strengthen the borders with Pakistan. Why are so many militants coming in even if they are shot? This would require the state of the art equipment and huge expense but would be worth it. The police in Punjab are compromised and our borders are still very porous. We need to stop trade as along with goods Pakistan sends in drugs and perhaps militants and arms to India. India exports 2 billion dollars’ worth of goods to Pakistan. This would hurt our exporters initially but there are many other countries that we can export to. We simply cannot have business as usual anymore.

Brahma Chellaney wrote a fantastic piece on how we should revisit the Indus Water Treaty, signed in 1960 by Nehru with Pakistan that gave the enemy state most of the Indus river water systems without any quid pro quo. This treaty reserved for India just 19.48% of the total waters of the six river Indus system! He says that we must revisit this issue. Water is a resource, which we also need desperately and it would prove to Pakistan that we are going to be tough on this issue as well.

Build up our intelligence and human assets on the ground in Pakistan and let Israel teach us how to take out militant outfits and the heads of it. They are especially good at this and this too can be done covertly. This will take time but it will have the maximum effect.

No more trains and buses to run between the countries. This is essential to show Pakistan we mean business.

As I said before, I say again, the drumbeat of atrocities by Pakistan in Baluchistan, Gilgit and PoK has to be loud and consistent. It should be part of every diplomatic effort in every country, every day till it gets into the very psyche of foreign diplomats and foreign media. For too long our governments have ignored this even while Pakistan kept bringing up India’s human rights violations in Kashmir.

We should not expect much help from America as they will not stop aiding Pakistan even though at a recent Senate Committee meeting in Washington every senator spoke about how Pakistan has always played a duplicitous game with the US and all options to punish Pakistan should be on the table including, stopping aid; cutting off the arms supply; terming it a state sponsoring terror and even bringing in sanctions.

But even they agreed that the government may not accept their suggestions.

The only way we can arm twist the US is trying a quid pro quo as they want us to buy their arms, Boeings, cars, burgers and so much else. They need our huge market for their goods. This endeavor will have to wait till we see who comes in as the new US President.

In the end, India has to depend on itself to make its move. I agree it must never be a knee jerk reaction as it will only serve Pakistan’s purpose. All the government needs to do is strengthen our borders on a war level. Isolate Pakistan as much as possible and give our armed forces and intelligence agencies the best equipment.

The rest should be strategic, and very, very secret and not even involve the opposition parties as I do not trust them as they gave Pakistan too long a rope for too long and none of them have the best interest of India at heart or they would not have said that they are pained by the death of our soldiers but and then came to a political angle. This is so disgusting that it is sickening. To think they wanted to score brownie points at a time like this!

Sputnik | Jul 14, 2017
Dragon’s fire fizzles out? China is withdrawing from Doklam, but India should not lower its guard

Financial Express | Aug 26, 2017
China may be giving a diplomatic message via tri-junction

A recently retired Army officer, who has served on the Sikkim border with China, said he too believed that the timing of the Chinese action, not just in provoking a border standoff but to send back Kailash Mansarovar yatra pilgrims, was a diplomatic message to coincide with Mr. Modi's U.S. visit.... 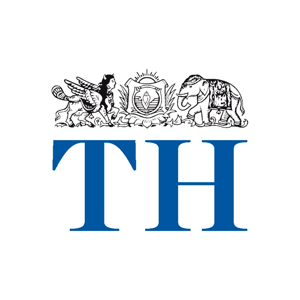