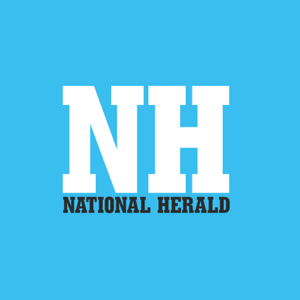 As China's state-run media threatens India with an "All-out confrontation" along the entire stretch of the disputed boundary, Indian defence experts say that China will have much more at stake should the Dragon decide to make good on its war threat. "In other words, a war against India will ultimately destroy the image China is desperately seeking - that of a benevolent superpower which emerged out of a peaceful transfer of power," Dr Kumar also said in his column.

As China’s state-run media threatens India with an “all-out confrontation” along the entire stretch of the disputed boundary, Indian defence experts say that China will have much more at stake should the Dragon decide to make good on its war threat.

“The stakes are high for both sides, more so for China as the geopolitical stakes are pitted against them. China has just two natural allies- North Korea and Pakistan,” Dr Subhash Kapila, an Indian army veteran who has also served in India’s diplomatic missions in Japan, Bhutan and South Korea, told National Herald.

Dr Kapila noted that India, on the other hand, had a burgeoning security relationship with the US, Japan, Israel and Vietnam. “Though India is not a member of any formal security treaty with these nations yet, China would be wary of India’s growing security ties.”

He said that the Nathu-la Incident in 1967 and the standoff at Sumdorong Chu Valley in 1987 should serve as historical reminders to the Chinese that India could stand its ground.

“This time around, though, there is a third nation involved. The situation in Doklam is for sure confrontational and unprecedented,” he warned.

The defence expert cautioned that a “limited war” on India’s eastern frontier was a very likely possibility.

“I wouldn’t say that either of two countries would risk an all-out war, but a limited war may well take place if both India and China continue to stick to their respective stands,” he said.

Brigadier Gurmeet Kanwal (Retired), who has headed army’s counter-insurgency operations in the Kashmir Valley in the past, however believes that the “probability of conflict is low.” “The situation is tense, but stable,” Brig Kanwal told NH.

Dutta, however, expressed concern at China’s infrastructure development activities along the border with India in Tibet.

Recent reports in Chinese media, quoting local defense experts, have highlighted that though Indian troops outnumber their Chinese counterparts by 20:1, the People’s Liberation Army (PLA) had superior capabilities in movement, firepower and logistics.

“If the reports are correct then this can be taken as one assumption China is increasing infrastructure development along the border with Indi,” Dutta said.

“The roads are built in such a way that they can take on heavy weight traffic, leading right up to the LAC. It has been argued that such development in infrastructure has been created for quick mobilization of troops in case of conflict with India,” she further pointed out.

Brig Kanwal said that India might need to address certain logistical shortcomings in order to be fully prepared for a full-blown military confrontation.

“Some ammunition shortages had been reported by the CAG a couple of years ago. Gen VK Singh as the army chief had pointed to the ‘critical hollowness’ in our defence preparedness. So, obviously we are not fully ready for war, but if war is thrust on us, we should, as General VP Malik had said during the Kargil conflict, “Fight with whatever we have,” the ex-army said.

Can China afford to go to war with India?

Dr Kapila believes that the economics of war do not favour China either.

“India’s economy is on upsurge, while China’s has been sliding in recent years,” he said.

Writing in The Diplomat, Dr Rajeesh Kumar, an Associate Fellow at the Institute for Defense Studies and Analyses (IDSA), said: “If China takes the risk of waging war against India, it will only strengthen charges of Chinese interventionism and imperial tendencies.”

“In other words, a war against India will ultimately destroy the image China is desperately seeking — that of a benevolent superpower which emerged out of a peaceful transfer of power,” Dr Kumar also said in his column.

Defense veterans are supportive of India’s current stand on the Doklam standoff.

“China is clearly in violation of agreements with the Bhutanese govt to resolve the boundary dispute through negotiations. We must stand firm,” Brig Kanwal said.

He advised that “diplomatic efforts to defuse the situation need to continue.”

“War is not in either India’s interest or China’s,” the IDSA fellow said.

Dr Kapila said despite China’s ever hostile stance, India should continue to pursue the issue through diplomatic channels, honing up its military and diplomatic arsenal at the same time.

“Our politicians and media must present a united face in face of China’s aggression. National security must not be politicised,” he added.

He reckoned that China wouldn’t back down, at least until the National Congress of the Communist Party of China in the Autumn of 2017.

“There are some domestic compulsions that the Chinese leadership will have to take care of. The current leadership wouldn’t want to be seen as weak on national security,” Dr Kapila said.

The attack during which gunmen took hostages is worrying not just because it has been claimed by the Islamic State, but also because it is vastly different from the machete-style beheadings of secular bloggers and LGBT community members that have besieged the Sheikh Hasina-led government of late....